Be The Real You In Your Sales Career, Trump Became President That Way

As sales professionals, we should be so well trained that it becomes a natural part of who we are as people?  I’m not saying that you should be selling everyone you meet, but what I am saying is: when you’re at work, there should be no having to think on how you should act or react. 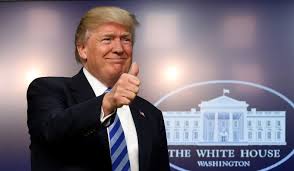 You love me or you hate me, but what you see is what you get!

Salespeople have similar and non-similar traits as the next person. When a person tries to be someone they are not, how well do you think it will come off? Would you say superficial, unreal, unauthentic, etc?  It doesn’t take brain surgery to see through a person façade, and when this happens what do you have? A real big NOTHING?

I always said, “what you see is what you get!” Meaning,  “you either like me or you don’t”.  What I can tell you for sure, is that no one likes a phony, so it’s better to chance being the real you and hopefully people connect with you. And this is probably one of the reasons Trump was elected.

Is Trump a Phony or Is What You See What You Get?

This makes me think about President Trump.  For the record, I’m Canadian that being said he is not my President and I am neither for or against him.

Watching American news, you get to see everything going on in U.S. politics. I think it’s fair to say, in my opinion, “what you see in Trump is what you get”.  Which I think,  is what makes him attractive to many people.

It doesn’t matter which quality you see or like, or whether you think he is nutty or a genius, he’s pretty transparent and consistent.  Even with him saying one thing, then 4 days later saying something completely different on the same subject –  he’s consistent.

Therefore, you can say he’s consistently inconsistent, and knowing this allows you to see part of the real him.

So, if a person can be the President of the United States by being consistently inconsistent, and you get to see the real him, don’t you think you should be the real you in your sales career?

Contact Ira today to get your sales back on track